Noble History of the Patio Umbrella

Today's outdoor umbrella has a long history. In every civilization, there has been the need for outdoor shading; from early man on to the courts of the Chinese Nobles. We've put together these interesting tidbits from history to show the hidden nobility of your patio umbrella. 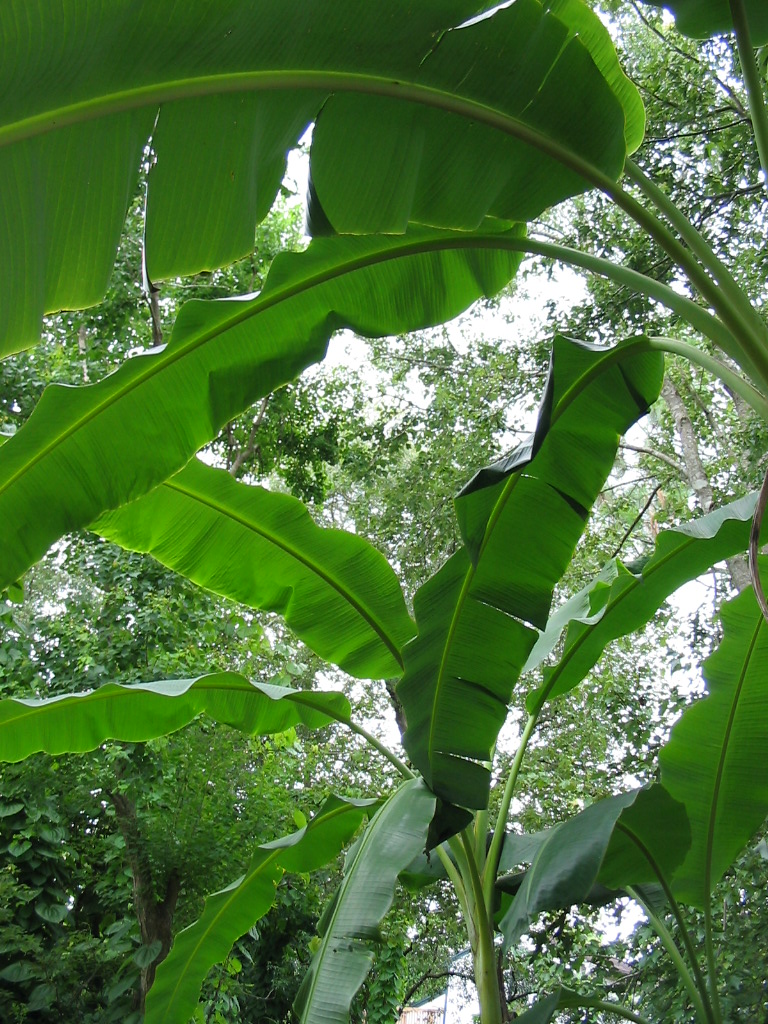 Yeap, that makes a great shade.

Umbrella comes from the Latin word Umbra, which means shadow. Umbrellas where probably inspired by trees, as man developed agriculture, and hunted for food, sitting under the canopy of a tree helped to cool off and keep comfortable during hot days. Patio umbrella covers are also known as canopies. So the first umbrellas where probably Banana Tree branches.

The origins of the modern umbrella can be found in the courts of China and Egypt between 1100 and 1200 BC. Historians are really kind of unsure as to where it originated first, but everyone agrees that the sun shade, or outdoor umbrella, has been around a very long time. In Greece and Rome, they used a form of patio umbrellas as protection from the sun. It was Roman woman who originally oiled clothe canopies as a weatherproof seal to increase the protection from the sun, and the rain. 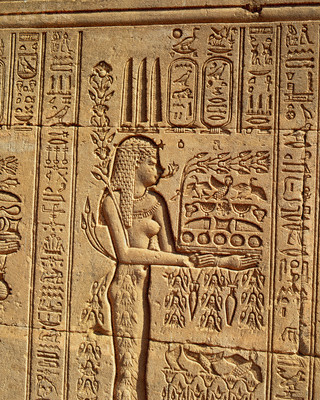 The lettering says "He that defies Osiris, shall not have a patio umbrella"

The first umbrellas, or really parasols, where a mostly used by the royalty and the royal court. It was a sign of nobility in Egypt to have fair skin, and the protection afforded by sun umbrellas to ensure their skin would not tan.

In Assyria, the umbrella was the king's privileged article, and no one but the king could have one. 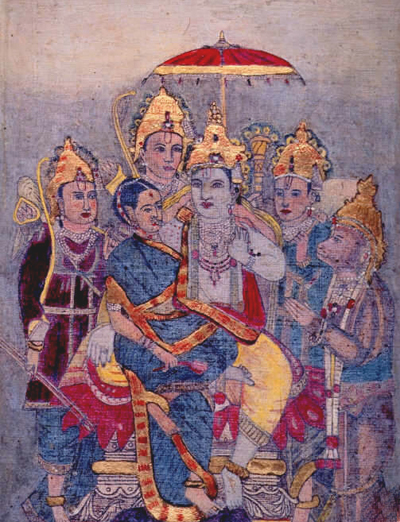 An umbrella as a status symbol was evident around the world, thought not for their size, but for the tiers. There are records that indicate that the Emperor of China's parasol had four tiers.

The King of Siam had an umbrella that had 9 tiers, each having elaborate tassels. He was once described as "the Lord of the twenty four parasols." No wonder dual wind vents are popular today.

In early religious beliefs, the umbrella was a symbol of fertility and harvest, death and then rebirth. The mother goddess of ancient Egypt, Nut, was compared to an umbrella, with her body covering the earth.

The Greeks originated the widespread use of the umbrella by women. Originally an umbrella was carried over a statue symbolizing Dionysus at Festivals. This symbolism was later used with other deities, such as Pallas Athena, when Athenian women would hold umbrellas over them at feasts in her honor. Eventual, the dainty parasol would forever be associated as a woman's fashionable accessory. 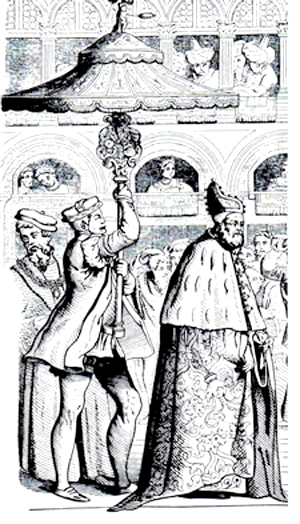 The Doge of Venice with his outdoor umbrella and the umbrella stand, Jerry.

During the middle ages, the Pope used a ceremonial parasol umbrella as ceremonial regalia. It's rumored that the use originated from a brown and white umbrella given by Constantine the Great. A striped canopy of an umbrella is depicted in the papal colors red and gold above the cross keys of St. Peter. Still used today, it is known as an ombrellino.

The spread of umbrellas and shade structures across Europe was in part an influence of the church. The trend began in Italy, and traced back to 12th Century Pope Alexander the III when he granted the right to have a parasol carried over the Doge of Venice.

The famous English weather ensured the outdoor umbrellas success, when between 1685 and 1705 that the market umbrella was used in by the coffee houses as they used them to shelter their customers. 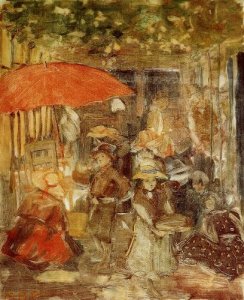 See? Another Red Patio Umbrella. Aaah... English weather, like a warm shower with all your clothes on.

The first umbrella shop was opened in 1830 called James Smith and Sons. It is still open today, and is located in London, England.

The steel ribbed umbrella was invented by Samuel Fox in 1852, in a way of using up stocks of Farthingale stays and steel stays used in women's corsets. 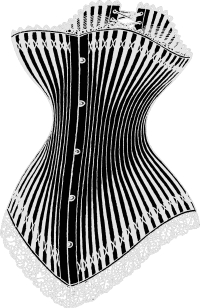 African-American, inventor, William C. Carter patented an umbrella stand on August the 8th, 1885. Hence, with the stand and steel ribbed umbrella. Some say that at this time, the modern patio umbrella was born.